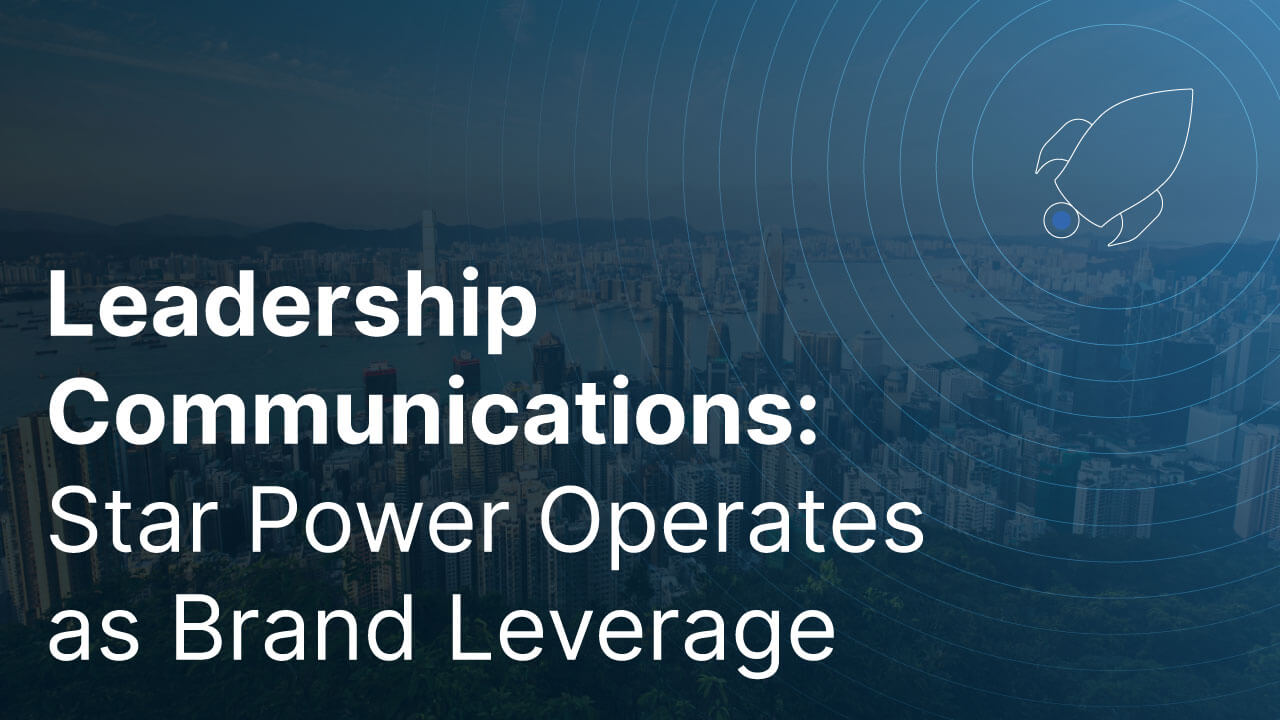 In the popular TV show Billions maverick hedge fund CEO Bobby Axelrod uses his celebrity status as a high-octane risk taker to entice assets from some of the world’s largest investors. Although a fictional TV show, it draws inspiration and the occasional story line from the exploits of some real-life hedge fund manager stars.

This highlights how high profile leadership communications can drive Brand Awareness, something that is demonstrated by Bridgewater Associates and Citadel, two of the three highest scoring hedge funds in Peregrine’s Alts 50 report. The two protagonists in this particular story have built world renowned firms from scratch yet diverge in their approach to communications.

Ken Griffin, as a 19-year-old student at Harvard University, began trading from his dorm room with a fax machine, personal computer and telephone and later went on to found Citadel. Meanwhile, Ray Dalio started Bridgewater out of his two-bedroom apartment in New York in 1975 two years after graduating with an MBA from Harvard Business School.

Both men have led their firms since inception to become two of the world’s most renowned hedge funds. The returns over the years have been exceptional. However, besides being investment specialists, these two founders offer valuable case studies in how investment managers can leverage leadership communications to bolster their brands.

Consider Share of Voice scores where both Bridgewater Associates (8/10) and Citadel (7/10) outperformed compared to their relative size. With Bridgewater’s tier-1 media coverage over the last 12 months, Ray Dalio is either the subject of, or mentioned in, just over half (54%) of the articles. Meanwhile, Ken Griffin makes up over a quarter (27%) of total coverage about Citadel. Both are highly significant proportions.

But both men use leadership communications in different ways.

In the media, Ken Griffin conveys maximum confidence about his firm’s ability to make money. A recent profile in the Financial Times repeats his 2015 comment that “Citadel manufactures money like an automaker manufactures cars”. Another article How Ken Griffin rebuilt Citadel’s ramparts sees him use the interview to convey important messages about the firm’s culture and its relentless push to improve its predictive capabilities.

But this approach to leadership communications also shows the potential pitfalls of over-leveraging the CEO as Griffin’s persona heavily influences perceptions of the firm itself. This was most notable in the speculation and news reports surrounding GameStop, where Citadel’s relationship with Robin Hood has generated enduring controversy.

Griffin’s unapologetic style is clearly synonymous with his firm’s reputation. But whether or not Griffin cares about how he is perceived, it is clear that he wields his celebrity status as a tool for the firm’s overall Brand Awareness. He collects a personal score of 4/10, which is higher than nearly one-third (31%) of the firms surveyed in Peregrine’s 2020 Global 100 study of the largest asset management firms as ranked by AUM.

Ray Dalio, on the other hand, openly expresses disdain for the press. Quoted in Lunch with the FT Dalio says in response to criticism of Bridgewater’s culture “anybody who doesn’t think that accuracy is a problem in the media is blind”.

Dalio sought to transform his image by publishing a book. Principles: Life & Work uses his own experience to provide practical advice on the most effective ways for individuals and organizations to make decisions, approach challenges, and build strong teams.

Like Griffin, Dalio uses the interview with the FT to outline the attributes of Bridgewater’s culture. He notes: “to be successful in the markets you have to be an independent thinker because the consensus is in the price, and if you’re betting against the consensus, there is a high probability that you are wrong.”

This emphasis on culture is a growing theme in asset management as a new wave of employee’s demand more from their employers than just high salaries. To this end, Peregrine advises asset managers to focus on developing a firm’s mission, vision, and values. This is also a vitally important area of scrutiny for investors.

Dalio’s approach to culture branding is arguably best practice. He effectively controls the narrative by using social media – Instagram, Twitter, and LinkedIn – as key tools to reach investors, employees, and other stakeholders. On these platforms the majority of his content is focused on his work on principles.

What’s evident, is that the personas of Dalio and Griffin are altogether different. Griffin chooses to be more outspoken in media interviews whereas Dalio has positioned himself as a thought leader and inspirational speaker – without a single mention of his investment philosophy on his Twitter page in recent months. It also highlights how brand communications can focus on other subjects when performance is lackluster or negative as was the case with Bridgewater in 2020.

Clearly, leadership communications and celebrity status can have a major impact on an investment management firm’s wider Brand Awareness. In this respect, Dalio surpasses Griffin with a personal Brand Awareness score of 6/10. This is higher than nearly half (45%) of the Global 100 firms in 2020 and double that of BlackRock CEO Larry Fink (3/10) who leads the asset management industry’s largest firm.

The scores reflect how both Griffin and Dalio use their star power to considerable advantage for the purpose of promoting their firms’ respective brands. In turn, this shows how leadership communications can be leveraged to attract investors and talent and grow an alternative fund business brand at a time when the majority of investment managers are grappling with diminishing Brand Awareness.