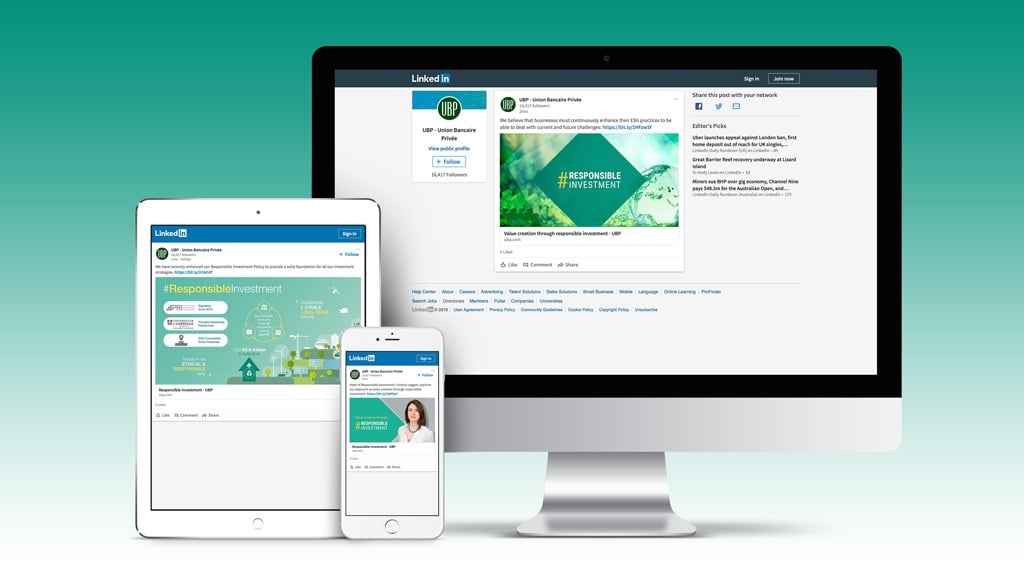 Peregrine worked with Union Bancaire Privée (UBP) to plan and execute a LinkedIn campaign that would drive traffic to a section of UBP’s website explaining their approach to responsible investment.

The aim was to drive traffic from UBP’s LinkedIn profile to the responsible investment section of its website.

The campaign targeted raising awareness of UBP’s unique approach, and the benefits of investing in an ethical and responsible way. 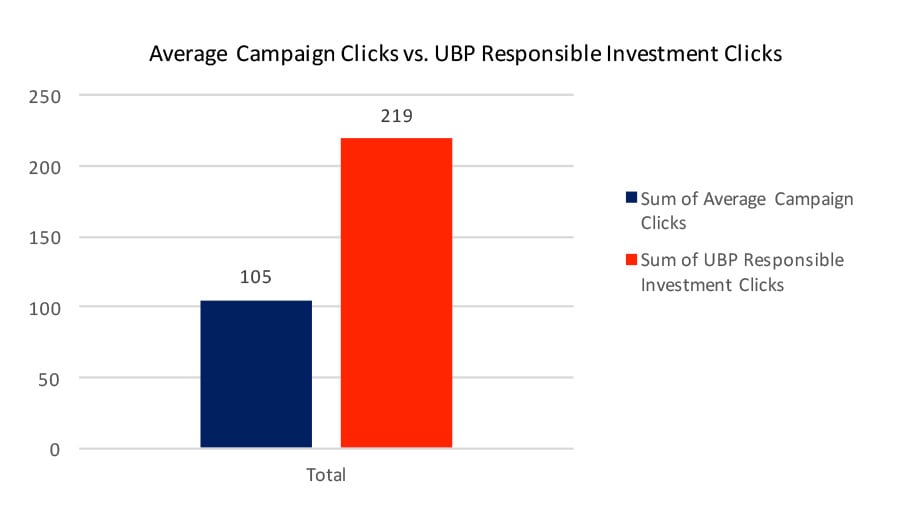 A budget was set to promote UBP’s approach to responsible investment across four campaigns themes.

The campaign drove 219 members of the target audience to UBP’s site, compared to the industry average of 105.

The average click-through rate (CTR) of all the campaigns was twice as high as the industry average.

Over 33,500 LinkedIn members viewed the campaign.

All of the LinkedIn members who clicked through to UBP’s site were highly relevant contacts, attracted by the content subject matter.