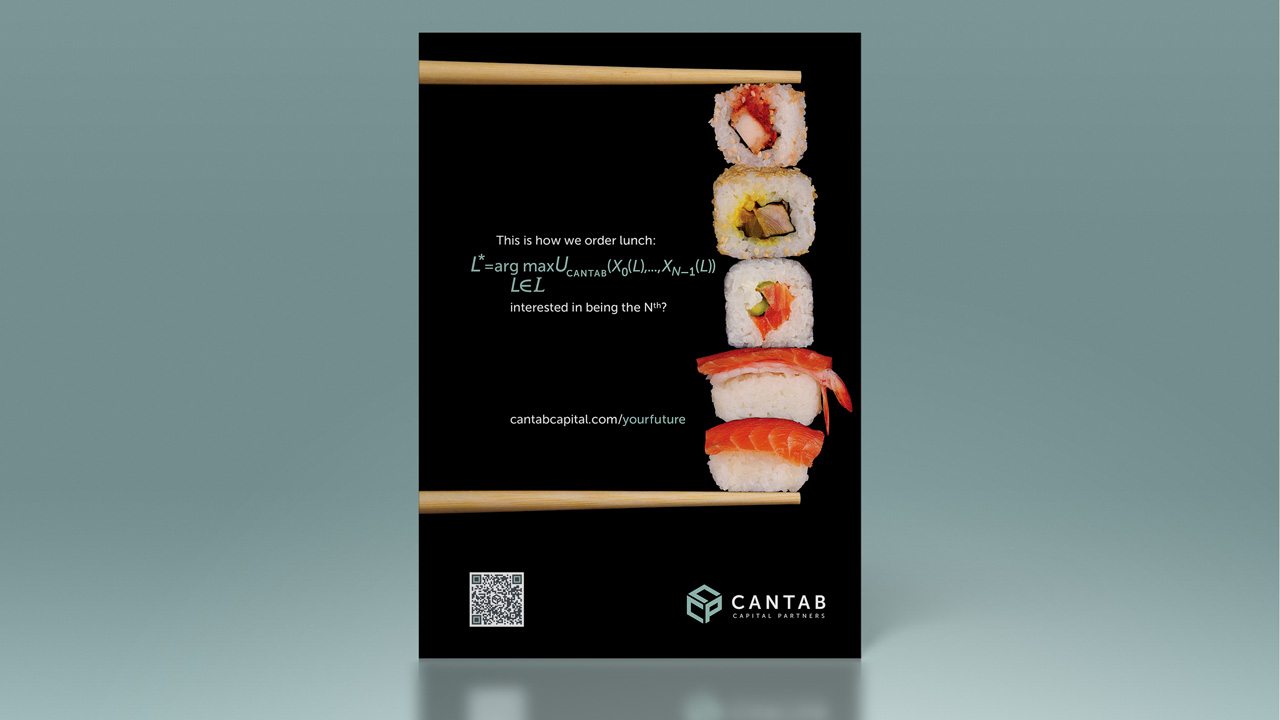 Cantab Capital engaged Peregrine to help recruit suitable post-graduates and junior quants. The strategy included the redesign of the Cantab website and an advertising campaign featuring an algorithm which encouraged successful solvers to get in touch.

This was also supported by a media relations campaign to raise Cantab’s profile and that of the principals.

Peregrine helped Cantab Capital to communicate their competitive edge via a redesign of their website, which took its inspiration from the company culture.

We worked with Cantab to plan and implement an advertising campaign to attract talent from top universities, where Cantab were competing against top tech companies including Google and Microsoft.

The profile raising campaign was implemented in the UK, Europe and the US across Tier 1 investor-facing publications

The website is seen as cutting edge and synonymous with Cantab’s core values, and has led to an increase in organic traffic of over 200%.

The recruitment advertising campaign featured an algorithm that challenged potential employees to get in touch with an explanation for it, and this novel technique for engagement attracted the targeted new talent.