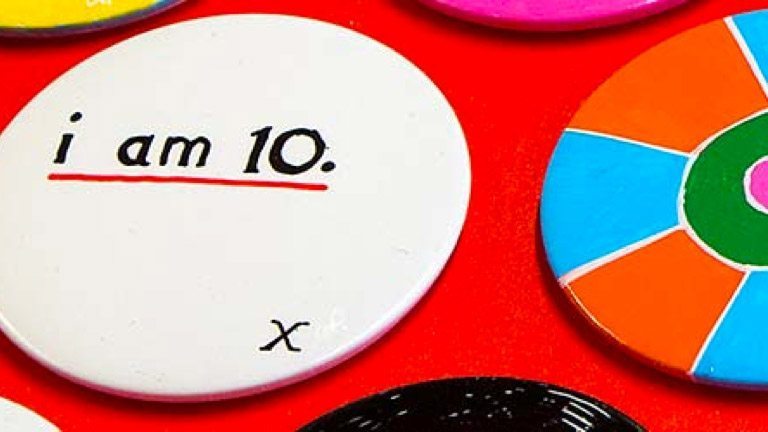 In February 2013 we celebrated our 10th Birthday. We organised a very special celebration for friends and colleagues at The Club at The Ivy.

As well as celebrating our birthday we also wanted to use the occasion to signal our additional capabilities – particularly in design, coaching and events. To do this we created a short animation (below) as well as a video presentation which strongly illustrated our new mantra – “communicate. words. pictures. actions.” – as well as highlighting the strengths and identities of our team!

Alan Pitchforth, Partner and Head of Creative spearheaded this effort as well as creating and hand painting ‘I am 10’ badges for the Peregrine team.

Anthony Payne, Peregrine’s founder and CEO, made a speech and presented gifts to two of our founding clients – Robin Bowie, founder of Dexion Capital, and Christian Yates, who in 2003 was  CEO of Julius Baer Investments. He also thanked founding clients Tim Weller, Group CEO of Incisive Media, and Tim Haywood, who was also at the time at Julius Baer Investments and is now head of Fixed Income at GAM.

Other special touches included the ‘The Peregrine Cocktail’ which was created exclusively for the event by the Ivy Club. Guests were provided a card with their cocktail, which showcased the new Peregrine illustration on one side and the ingredients of the cocktail on the other (see below).

As the Ivy Club is part of Caprice Holdings, Peregrine was also able to offer canapés from J. Sheekey as well as from the Ivy Club. The Ivy Club also produced a birthday cake – and this was marked by all members of the party singing ‘Happy Birthday’ to Peregrine!