More to Portfolio Risk Management than Cash, Equities and Bonds 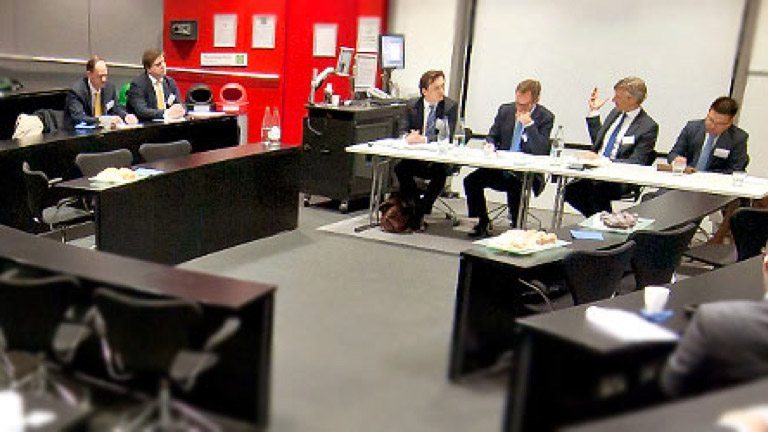 At a Peregrine Perspectives seminar held today about portfolio risk, Chris Wyllie, Chief Investment Officer of Iveagh Private Investment House, noted that while industry best practice is based on the principles of Modern Portfolio Theory and Mean Variance Optimisation, “translating theory into practice has revealed shortcomings” in this approach.

In extreme cases, when markets go seriously awry, as they did in 2008, “all those assumptions underlying your Mean Variance Optimisation are shot, and your portfolio does worse than expected, which emphasises the need for dynamic risk management with the objective of mitigating downturns.” Wyllie said.

The Peregrine Perspectives seminar looked at the trend in asset management toward greater diversification within investment portfolios and examined some of the structures and assets companies are using when either packaging investments or constructing portfolios.

According to Investment Quorum’s Robertson, “Strategic asset allocation is the most important part of portfolio management. We can predict with some degree of certainty which sectors will perform best at different points of the economic cycle.” He added: “We believe strongly that most returns come from outside the UK, and most private portfolios are currently too UK-centric” – a point seconded by Wyllie, who noted that the Iveagh Wealth Fund currently had just 5-6% invested in UK equities.

Chamberlain of Morgan Stanley said that “in the last three to four years there has been a great uptake of structured products in modern portfolio management – up to 15% in some portfolios.” He explained that structured products should be seen as “an addition to a portfolio, not a panacea.”

“Structured products are nimble, quick to get to market and – contrary to popular belief – liquid,” he asserted. “The point is, discretionary investors especially can get out when they want to – otherwise these products would not be viable. They aren’t core products. They’re best used around the fringes.”

ETF Securities’ Jamieson said that commodities could be “a hedge to a specific situation”, explaining that “commodities offered no more nor less volatility than equities, with a low correlation to the equity market”. He added: “While equities might offer more upside, taking direct exposure through a commodity could be a better alternative in many cases.”

On the subject of gold, Jamieson said “the retail market in gold in Asia is very interesting. Clearly in that part of the world precious metals are what investors want to buy”. Lee agreed, noting that some investors “almost seem attracted to something that is touchable. It’s a simple as that.”

And Iveagh’s Wyllie, while conceding that “it’s almost impossible to value gold”,said that the yellow metal remained “the ultimate currency”. He pointed out that a suit of clothes “costs just the same in gold now as it did in Roman times”.