No significant evidence to support EU ban on naked CDS 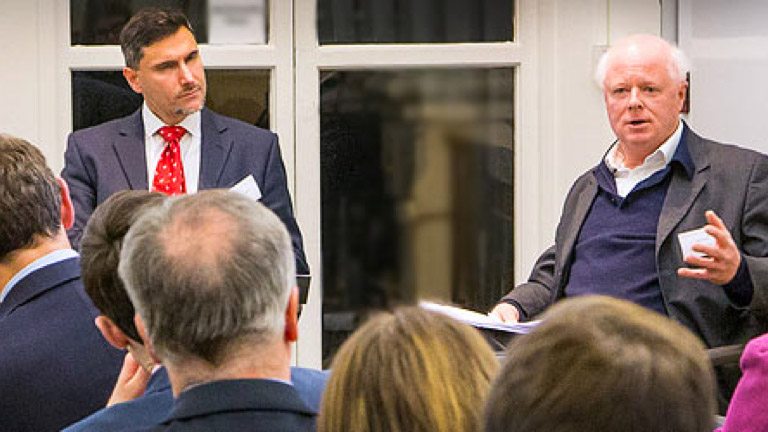 According to new Imperial College research presented at the latest Peregrine Perspectives discussion series, Credit Default Swap (CDS) spreads are a poor proxy for sovereign default risk. Discussion around this research found that there is little evidence to suggest that the EU-wide ban on naked CDS positions will achieve its aims.

Dr. Lara Cathcart, senior lecturer at Imperial College, presented evidence that trading activity alone doesn’t have a meaningful impact on sovereign default risk, as it doesn’t cause the cost of borrowing for countries to increase.

Panellist Paul Crean, co-founder and CIO of Finisterre Capital, an emerging markets fixed-income specialist, explained investors often use CDSs as liquid tools to hedge their underlying exposures against spread widening, not necessarily out of concerns for a possible default

Politicians have formulated the EU-wide ban on naked CDS positions based on the belief that a high volume of naked positions can increase the likelihood of default of troubled countries, by increasing their cost of borrowing. However, Paul Crean cited evidence the nominal volume of CDS positions alone is not big enough to have a meaningful impact on countries’ bond markets.

Responding to a question on the EU’s ban on naked CDS positions, Crean noted that CDSs represent the most valuable tool to asset managers for hedging their cash bond exposures and reiterated naked CDSs are not the cause of a country’s financial woes. “CDS spreads are the symptoms, not the cause, of a country getting into trouble. Greece didn’t get into trouble because of CDS – it got into trouble because of their spending policy. Investors were desperate to hedge out their risk, and turned to CDS.”

He added banning naked CDSs will cause liquidity deterioration for investors trying to hedge their exposures and, as a likely effect, force borrowers into shortening the maturity of their debt.

He also noted that fixed income markets have been a hiding place for investors for the past few years, but at some point interest rates will normalise and investors are going to need the ability to hedge. Crean continued: “What is frightening is that the ban on naked CDSs is coming in at the very point that investors will need CDS protection more than ever.”

NOTES TO EDITORS
Peregrine Perspectives LinkedIn Group
Click here to join the LinkedIn group for more on this and other topics.

Using a factor model approach, the research decomposes sovereign bond spreads and CDS spreads into their main drivers. The analysis reveals that sovereign bond spreads are indeed mostly driven by the default risk of the underlying reference credit, hence they can be looked at as a proxy for the risk of default of the underlying sovereign. CDS spreads, on the other hand, are shown to be driven mainly by their trading activity, hence not a reliable measure for the default risk of the underlying sovereign. The research also shows no proof that CDS trading activity drives up borrowing costs of sovereign countries, thus not supporting the case for a ban on CDS naked positions. (Badaoui, Cathcart, El-Jahel).[1]

Finisterre’s funds are all actively managed and include the Sovereign Debt Fund, which uses a top-down macro approach to emerging market sovereign debt; the Global Opportunity Fund, which has a portfolio of sovereign and corporate debt, foreign exchange, interest rates and equity; the Finisterre Credit Fund, which concentrates on long/short corporate credit.

Peregrine helps hedge fund firms identify and define their unique proposition and goals, build communications strategies and deliver those messages to their audiences, both internal and external.

Peregrine Perspectives, held in conjunction with Imperial College Business School, is a panel-based discussion series to which well known firms from around the world of finance are invited. The aim is to bring together finance professionals, academic research and the financial media in order to encourage debate within the asset management sector.