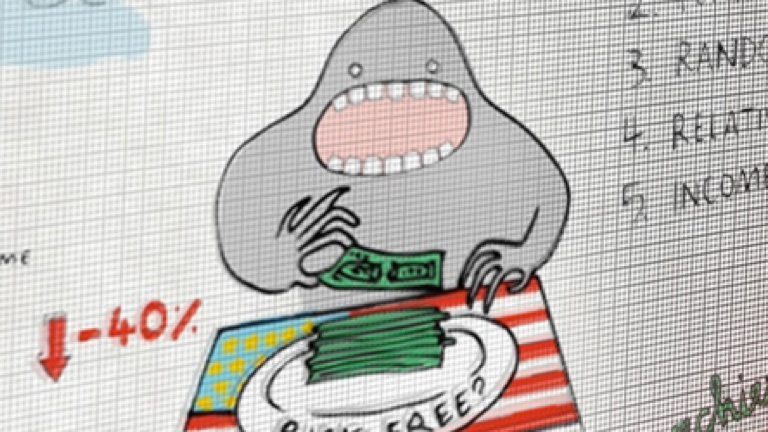 The animation highlighted the importance of equities to any investment portfolio and focused on managing risk.

“Just wanted to let you know that we posted the ‘How risky is your stock market?’ video on Friday, and we’ve already received a lot of positive feedback, and plenty of people are asking how we created such a great video. We know that the Peregrine team went way beyond the call of duty in the work and careful thought that went into this project, and we really appreciate it. Well done, and thank you.”
Victor Haghani, Founder of Elm Partners

Peregrine worked with Elm Partners Founder and series presenter, Victor Haghani, on messaging and scripting his new talk on the subject of stock market risk.

The video consisted of the following messaging structure:

Once the messaging was shaped into a script to appeal to Elm Partners’ audience, our in-house design team created illustrations and a storyboard to support and complement the message. We maintained the style of the drawings used inVictor’s previous TEDx talk animation as well as adding brand elements in line with Elm Partners brand guidelines.

The hand-drawn illustrations were scanned in using Adobe Photoshop and vectorised in Adobe Illustrator. Each component was placed on individual layers in preparation for export into motion graphics software Adobe After Effects.

The illustrations were then animated to create motion in each individual scene. Elm provided the green screen footage of Victor which we incorporated into the animation along with audio and sound FX. The final animation was supplied in HD resolution.

The animation highlighted Elm Partners’ approach to risk management and promoted its range of products.

Within the first week of the video being posted on Elm Partners’ website and social media accounts, it received over 150 views on LinkedIn and over 850 views on Youtube.

Feedback has been very positive from Elm Partners, their clients and prospects, whilst the level of engagement and interest in Elm Partners has greatly increased in comparison to their previous video posts.